Stuart MacBride is a Scottish writer, widely known for his bestselling Logan McRae and Ash Henderson detective novels. He gained worldwide recognition for his crime-thriller novels set in the city of Aberdeen, featuring Detective Logan McRae as he goes around solving a spate of dark and mysterious crimes. 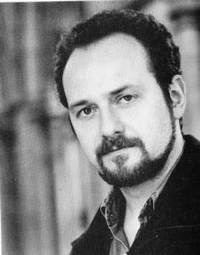 Stuart MacBride started his writing career in 2005 with the first Logan McRae novel titled “Cold Granite.” He received the Barry Award for the Best First Novel the following year, and since then, Stuart has authored fifteen novels belonging to his most popular Logan McRae series along with several other short-stories and some standalone books..

Born in Dumbarton and raised in Aberdeen, Stuart MacBride went from scrubbing toilets to being a bestselling author whose novels have received acclamation worldwide!

Let us take a brief look into the life and career of this eminent murder-mystery genius!

About Stuart MacBride and his early life

Stuart MacBride was born on 27th February 1969 in the Scottish town of Dumbarton, which is a short ride away from the bustling city of Glasgow. The first two years of his life were spent there, after which, his family moved up to Aberdeen where Stuart spent most of his life.

Stuart’s early life saw him struggle a lot with academics owing to a complete inability to spell and an outrageously volatile attention span. Nevertheless, he managed a mediocre academic life while living in a small suburb, seven miles west of Aberdeen.

University was something Stuart never saw eye to eye with and hence, failed to graduate from the Heriot-Watt University at Edinburgh where he was studying Architecture. Having faced his fair share of troubles in the city, Stuart aborted his course and went off to work on the offshore rigs.

Working offshore came with its share of struggles but provided him with a good income, most of which he blew in the pubs and clubs of Aberdeen. Immediately following his days as an offshore worker, Stuart began a career in graphic designing and quickly became a studio manager for a nationwide marketing company.

After this, Stuart would go on to change his professions numerous times, from being a professional actor to a web designer and programmer. It was during his days of working in IT that Stuart authored his first book “Cold Granite” featuring Detective Logan McRae which finally gave him the big break.

About the Logan McRae Series

The Logan McRae Series by Stuart MacBride is a fine specimen of the dark crime-thriller genre that ingrains elements of dark humor which makes it a very refreshing read. The protagonist of the novel is Detective Sergeant Logan McRae who, along with his team, works for the Aberdeen Police Department in hunting down criminals accused of some eerily dark crimes.

Set in the city of Aberdeen, the Logan McRae Series has elements of sly humor blended within a dark and ghastly subject matter. This is a classic dark-humor style mystery series that is best enjoyed by people with a taste for such novels.

The detective has a strikingly riveting personality with an incredible eye for detail. Nonetheless, he does find himself in some frustrating situations quite often as he investigates crimes. The author brings to life some exceptionally captivating characters through this series that are entirely loveable, but come with their share of flaws.

One of the most interesting of all is that of Detective Inspector (DI) Roberta Steel, Logan’s immediate boss. She is a heavy-drinking, foul-mouthed lesbian with the heart of a lion. With a story as dark as night, a character such as hers serves as a welcome refresher to the readers thanks to her sly wit.

CHECK OUT THE LOGAN MCRAE BOOKS IN ORDER HERE

Stuart MacBride is an author that has seen the peaks of success through his marvelous works in the crime-thriller genre. His very first book, “Cold Granite” fetched him Barry Award for the Best Debut Novel in 2006. There has been no looking back for him since then.

Around 2.5 million copies of his books have sold worldwide apart from them being translated to 18 different languages. Throughout his career, he has won several awards and accolades, including the prestigious ITV Crime-Thriller Award in 2008 for the Breakthrough Author of the year.

MacBride received an honorary doctorate from Dundee University in 2015 owing to his wonderful contributions to the world of literature.

Stuart MacBride currently resides in northeastern Scotland along with his wife Fiona and their cat Grendel. Apart from producing the Logan McRae novels, he has been writing another series, the Oldcastle novels and numerous short stories.

He has also written the highly acclaimed “Skeleton Bob” story series which appeals to both adults and children, with the proceeds going to the seemingly bizarre, but critically important and worthy, “Million For A Morgue” campaign. This was set up with crime book authors to raise money for a state of the art morgue to built at The Centre for Anatomy and Human Identification at The University of Dundee,.which specialises in forensics related to human identification. This has helped in solving crimes against people, including using their hand identification techniques to catch paedophiles whose hands can be seen in video footage..