Reginald Charles Hill or “Reg” – as he was universally known – will always be remembered for his series of novels featuring Andy Dalziel (pronounced dee-ell) and Peter Pascoe. Hill was an English crime writer who made his debut into the world of mystery novels with the 1970s hit, A Clubbable Woman. It was in this novel that we were introduced to the infamous Dalziel and Pascoe combo.

The book was published by Collins Crime Club, and incidentally, throughout his extensive career, the author remained with the same publisher and the same agent. After a career that spanned four decades, he died at the age of 75, making the crime fiction genre lose a towering figure.

Let’s take a look at the universally celebrated life and career of this British author, who was known to be fiercely loyal as well.

About Reginald Hill and his early life

The author was born on 3 April 1936, in Hartlepool, England. Back then, the author’s father was a professional footballer who played for Hartlepools United. Unlike the football stars of today, the players weren’t well compensated in the late 1930s. Young Reginald grew up with no interest in football and preferred rugby.

When Hill reached the age of three, his family moved from Hartlepool to Cumbria, where the future author spent the rest of his childhood. His mother was a fan of the Golden Age crime writers, and it is said that the author picked up his liking for the genre while dealing with his mother’s library books. Young Reginald was always making up stories and was sure that he would succeed as a writer someday.

Upon finishing grammar school, he did his obligatory two years of national service, after which he went on to he went on to graduate as a teacher from Oxford University. His teaching career took him to Essex in the early 60s before he moved back north, taking up a post at Doncaster College of Education. While teaching there, he found a great deal of inspiration for his novels, the first of which was published in 1970. He taught as a senior lecturer and finally retired in 1980 to devote himself to “full-time writing”.

Incredibly, during the 1970’s Hill published 18 novels plus several short stories. Not bad for a part-time writer!

Over the years, he wrote more than 30 novels apart from the 24 Dalziel and Pascoe series, and has been the recipient of many accolades and awards. He has written books under several different names and in several genres.

He was married to his wife, Pat, for 40 years, and lived together in Cumbria.

About the Dalziel and Pascoe series

Detective Superintendent Andrew Dalziel and Detective Sergeant Peter Pascoe are the two original characters of a series of novels by a Reginald Hill. The plots of these British detective books are set in Yorkshire, England, and follows the intriguing adventures of these two detectives. 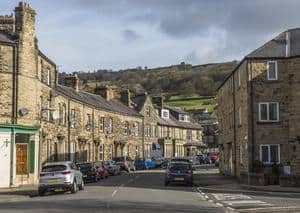 What was almost revolutionary at the time about the books was the fact that the parts of the stories are often presented in a non-chronological order.

The author introduces both the lead characters, having their own mannerisms and character traits. Whereas Dalziel is portrayed as fat, rude, bland, and insensitive, Pascoe is shown to be well educated, politically correct, polite and calm. In the first book, Dalziel and Pascoe investigate the mysterious murder of Marie Connon, wife of a high-profile rugby player and a small town femme fatale.

In the second book, An Advancement of Learning, the Dalziel and Pascoe duo investigates a dead body found on the Holm Coultram College. More murders follow soon after, forcing the detectives to rethink their approach. The two mismatched policeman pool their talents and go on to conduct a great investigation that is breathtaking on every twist and turn.

Over the years, Reginald Hill has released 24 Dalziel and Pascoe novels, the latest one being Midnight Fugue, published in 2009.

Reginald Hill has received several awards for his novels and short stories, among which the greatest is undoubtedly the prestigious Gold Dagger Award. Honored by the Crime Writers’ Association, he won the Gold Dagger for the Best Crime Novel of the Year for Bones and Silence. After winning, he was thrilled and confirmed that he had made the right career choice.

In 1995, Reginald was once again honored by the Crime Writers Association with a Cartier Diamond Dagger for his contribution towards the field of crime writing. In 1999, he was elected a fellow of the Royal Society of Literature. In the same year, he was given The Barry Award for Beulah Height. In 2011, he once again received The Barry Award for The Woodcutter.

Dalziel and Pascoe was also adapted for TV and aired on BBC One, starting from 16 March 1996. Warren Clarke starred as Dalziel and Colin Buchanan was cast as Pascoe. The plot is set mainly in the fictional town of Wetherton, located in Yorkshire, and follows the work of the two detectives who are forced to work as partners.

The first three series were taken from Hill’s novels; however, the subsequent stories, except Dialogues of the Dead, were written exclusively for TV. Hill was asked several times if he wished to be involved with the TV scripts but he repeatedly declined, claiming that he wouldn’t have been capable of tolerating interference from the production staff. He also pointed out that he was too busy anyway with his writing.

The show was produced by BBC Birmingham and was broadcast until 22 June 2007. It was eventually axed in 2008, due to falling ratings and viewing figures.

In the twilight years of his life, ‘Reg’ spent time in the company of his family while fighting against a brain tumor that eventually took his life in 2012. The world of crime fiction and English literature will always remember this legend and everything he stood for throughout the decades of his career.