For mystery and crime fiction lovers,  the mother and son writing team of Caroline and Charles Todd, using the pen name Charles Todd, are a duo with no equal. Despite the fact that they write British mystery books, they are actually Americans who live on the east coast of the United States. The authors are globally renowned for their series of novels based on post-World War I England. 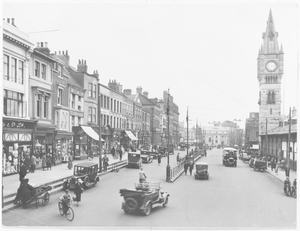 The books follow the investigations of Inspector Ian Rutledge, who is trying to make a career in Scotland Yard. Being a veteran of the European campaigns, he suffers from shell shock and has to continually deal with the voice of a young dead soldier inside of his head.

Even though the Ian Rutledge series is the author’s most famous work, the duo has also written a series on Bess Crawford, who was a nurse serving in World War I France.

Charles and Caroline Todd come from a family having a rich storytelling heritage. While Caroline has a BA in History and English literature and Masters in International Relations, Charles completed his BA in Communication Studies and business management. Charles also has a degree in culinary arts, meaning his cooking skills are as good as his writing.

Both Caroline and Charles grew up listening to their fathers and grandfathers reminisce about the old days. They spent many evenings listening to the tales of their seniors, which gave them the ability to write about past events flawlessly. An uncle of Charles who served as a flyer in World War I imbued a keen sense of interest in the Great War within him.

Charles took a keen interest in the rich history of Britain as a child and learned everything he could about the legends of King Arthur and William Wallace. His mother also encouraged him to read books by Winston Churchill and Nelson. Their family often visited England, which gave Charles the opportunity to spend quality time in the countryside and the quaint villages where, in my opinion is the “real Britain”.

Charles also had a natural love for history that led him to study the causes that shaped the American Civil War, World War I and World War II. After pursuing a career in business consultancy, Charles developed an interest in understanding the experience of people living in troubled places. It was then that the author conceived the idea of Ian Rutledge.

Watch Caroline and Charles Todd discuss their characters, Ian Rutledge and the protagonist of their other mystery series, Nurse Bess Crawford

Caroline was always a voracious reader and was especially a fan of poetry that told stories. She said that Highwayman was one of her favorites from the early days. When she’s not writing, she is either gardening, painting, or busy traveling the world.

The most notable works of fiction from Charles Todd is undoubtedly the series of novels on Inspector Ian Rutledge. He is a fictional character written by Caroline and Charles Todd, who have written a total of 19 novels to date that revolve around the cases of the Inspector. In the books, Rutledge is a World War I veteran suffering from PTSD.

While picking up the pieces of his career in Scotland Yard, Rutledge constantly battles with the memory of a fellow soldier whom he had to execute due to the order of his superiors. He regularly hears his voice, but cannot reveal this information to anyone due to the social stigma attached to mental issues that were prevalent in the 20th century.

The story of the damned Inspector begins in June 1919, in a book named A Test of Wills, which is the author duo’s first Ian Rutledge novel. It is in this book that we get to learn about the character’s dark past, his internal demons, and the constant struggle to keep sanity. The story begins in Warwickshire where he investigates the murder of Colonel Harris.

There are six more books based on the same year – Wings of Fire, Search the Dark, Legacy of the Dead, Watchers of Time, A Fearsome Doubt, and A Cold Treachery. Even though these novels follow different stories, the themes relating to isolation, despair, tragedy, insanity, and personal struggle remain common. 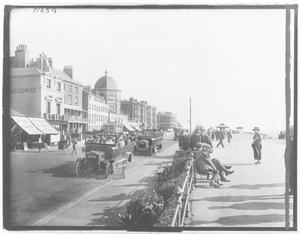 Six other books were based on the year 1920, and the stories here also follow mysterious plots that put Rutledge in front of many tough decisions and compromising choices. These British detective books also show the protagonist in his most vulnerable state, desperately battling the demons that he is chasing and the demons that chase him.

In book number 17 of the series. “A Fine Summer’s Day”, we are treated to a prequel, with the story taking place in 1914 around the start of the Great War. As ever the story is beautifully crafted and helps to set up the series but it is not necessary to read this book first.

Some of the Ian Rutledge novels won awards that brought international acclaim to the Charles Todd pair. A Test of Wills, which was the first in the series, got nominated for the John Creasey Award in the UK. It also got nominations for the Edgar Award and Dilys Award presented by the Independent Mystery Booksellers Association.

The Independent Mystery Booksellers Association also named A Test of Wills one among the hundred top mysteries of the 20th century. Wings of Fire received a nomination for a Dilys award as well, aside from being shortlisted for the first UK Ellis Peters Mystery Award.

The Legacy of the Dead received an Antony Award nomination. Other books like An Unmarked Grave and A Question of Honor won the award for Best Historical Novel. As you can see, the bestselling novels of Charles Todd received critical acclaim as well.

There are several wonderful American authors who write British Detective novels, such as Elizabeth George and Deborah Crombie, but for me the Charles Todd mother and son combo are the finest. It’s heartening to see that they show no sign of stopping and that a new novel, “The Gatekeeper” is due to be published in early 2018. Long may they continue.